All Collections
Organizer - Setting up your Tournament
Seeding
How do I seed players or teams into specific places?

How do I seed players or teams into specific places?

Written by Eli
Updated over a week ago

As tournament organizers, you sometimes want to put certain teams or players in certain spots on the bracket. Some reasons to do this could be:

Read this article on manual seeding

Here is how to do it for each of our bracket types.

Each spot in an elimination bracket match has a seed number associated with it. These seed numbers determine where a team or player is placed on the bracket. 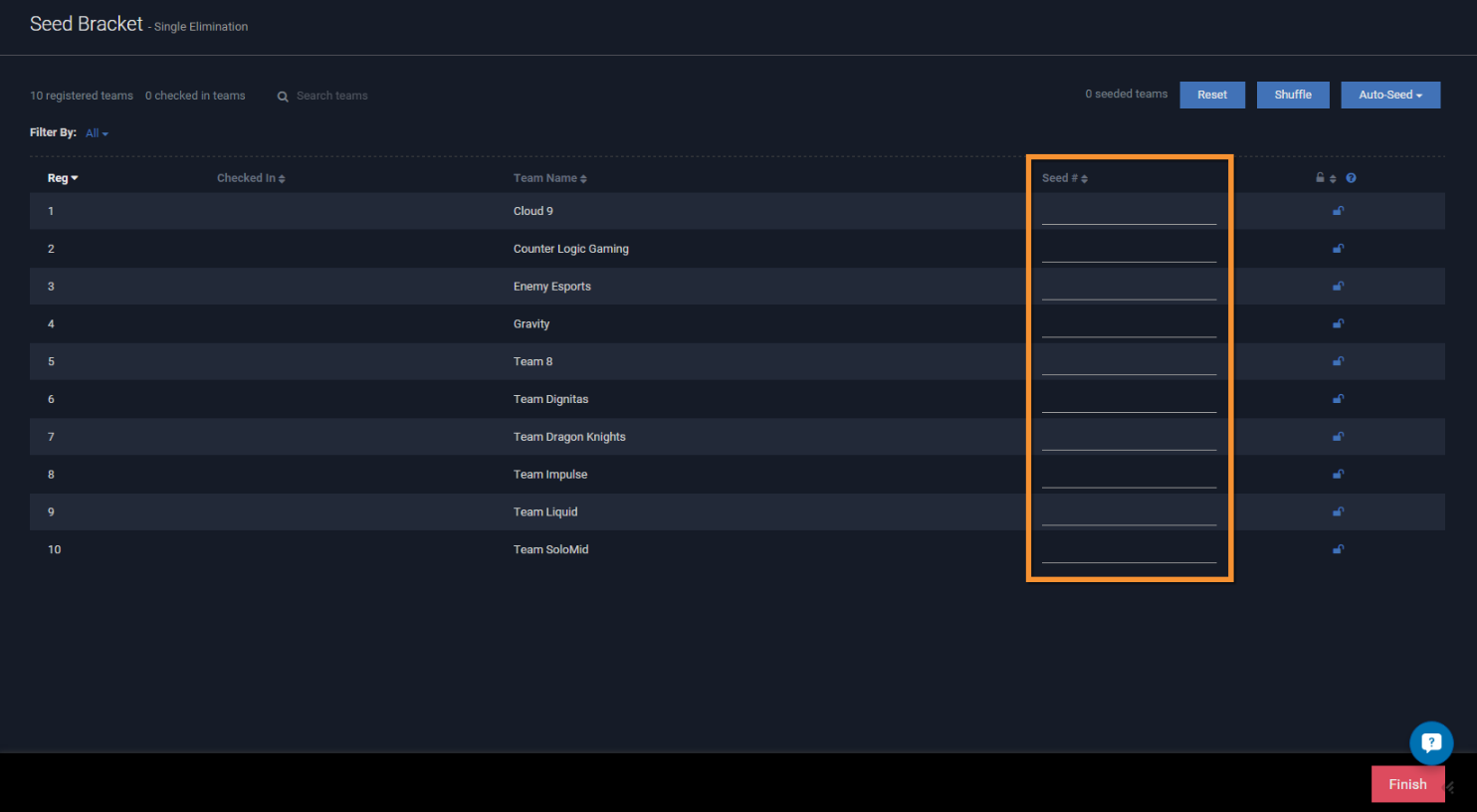 The Swiss bracket is very similar to the Elimination brackets. However, you can only specify the matchups in a Swiss bracket for the first round, as subsequent rounds are generated based on the standings.

To manually seed the first round of the Swiss brackets, follow the same procedures as the Elimination brackets above.

The Round Robin bracket pairs every participant with other participants once. The number of matches can grow quite rapidly for even small number of teams or players.

However, Battlefy offers a groups feature for Round Robin, so that you can split the participants into groups and keep the number of matches more maintainable

To seed teams or players onto Round Robin groups manually, all you have to do is type the letter of the group in the "Group" column in the Team List. 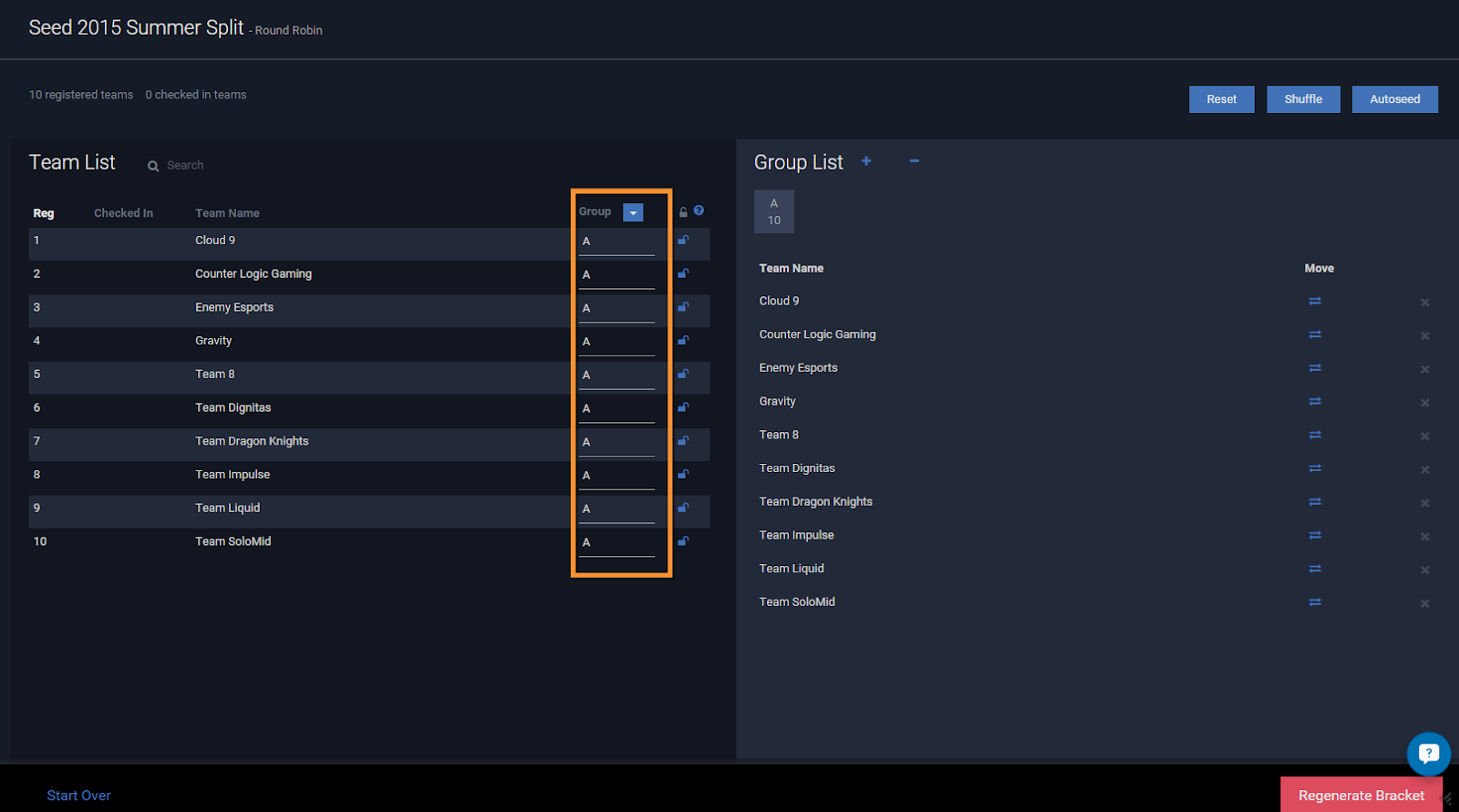